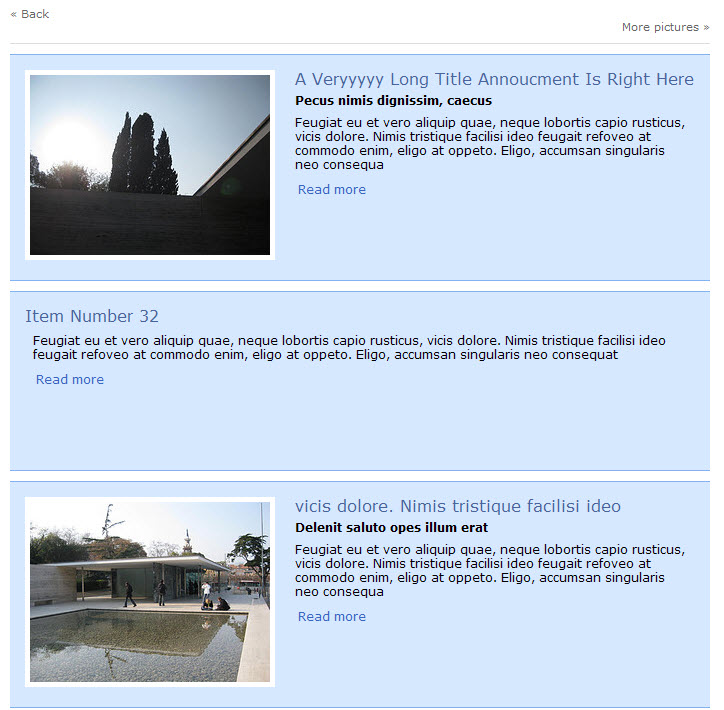 A while back I did a post about how to make a vertical news ticker, in the comments several people pointed out problems with the code so I decided to write a better version of the code. Here it is.

For this ticker I started out with a default Annoucements list. Because I wanted to display a thumbnail for each annoucement I added a signle line of text column called Subtitle and a Picture column called Picture. Here are the columns I used. 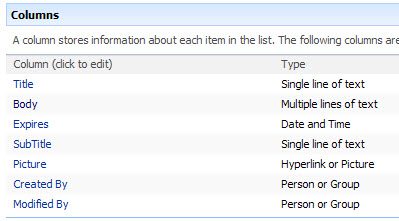 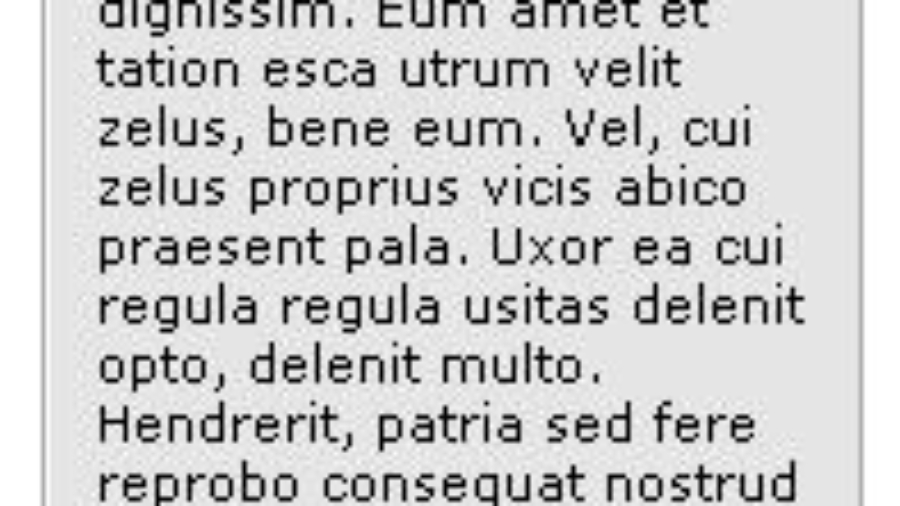 by davecavins with 28 Comments Uncategorized

On a recent project I needed to create a simple vertical news ticker to display announcements from a SharePoint list. It was easy to do because I just used some of the code from the announcements slider I built a while back so I did not bother to write a post about it. Yesterday I saw a post on EndUserSharePoint.com about how to setup something similar so I figured I would share my (cheaper) solution.

A few features of the ticker:

Here is the code it can just be pasted in a content editor web part. The only dependency is jQuery. The code for the ticker came from this post on Net Tuts Plus. I removed the comments but you can see the commented code and an explanation here.